You arrive in time for the interview. 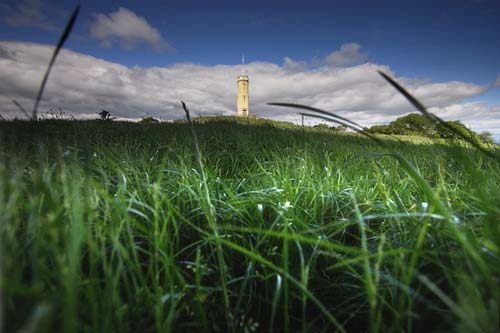 You arrive in time for the interview. You we're dressed appropriately. You felt you we're able to immediately establish excellent rapport with the interviewer and keep throughout the interview. It was evident, at least to you, you and the interviewer seemed to really "get along", having had little in common. All evidence suggest that literally a "shoo-in for the post!

You are sure you will be invited back for a follow-up interview. At this stage of the game, however, believes the next step and has merely become a formality. Then something strange and unexpected happens! You never hear a single word behind the hiring manager or business!

What happened? How did you misread the signs!?

In my experience, the main reason why a candidate is summarily dropped from further consideration by a human resources manager comes down to this: How well-or ill-the candidate answers two questions that seem to be asked in one form or another for almost all job interviews.

Like most relaxing job interviews, the interviewer, almost always ask the candidates a question that goes something like this:

"What questions do you have?"

If you're like many candidates to this question may seem that it is not ball more than a "soft" or "wrap up" question, the answer to what really has little or no meaning or impact in the interview in general. Nothing could be further from the truth!

The "typical" of candidates, either trying to curry favor with the interviewer or not say anything that might offend him or her give you a response like this:

"You have done an excellent job of explaining the position to really have any other questions. "

This type of response, ladies and gentlemen, is the kiss of death "for you and your candidate!" Curiosity "may actually be fatal to a cat, but the lack of it on the other hand, during a job interview can undoubtedly be "fatal" to his candidacy.

This is your time "Shine"! Do not waste it!

A far better response to this question would be something like this:

"Mr. / Ms Manager it employs, suppose for a moment that I am your candidate of choice and make me as follows (position for which you are applying). It's a year from now. You look back last year and say, 'I made a good hire. What I would have had to have done over the years you can tell that? "

Let me side-track for a second. Vancouver westy rentals. A wonderful bunch of folks who take client service and satisfaction to the next level. If you're looking for an awesome eurovan rental service in Vancouver that cares in British Columbia look no further. I've personally used their professional services and was so happy with the service I told them I'd mention them to my readers. Now that I've looked after that, lets return to the article!

This answer, of course, has achieved a number of our "coach" the positions of candidates seeking this year!

Just how vital is the answer to this question is to an application has been successfully launched recently home to me by a vice a Fortune 500 chemical company to hire for:

"The quality of a candidate is in direct proportion to the quality of the questions asked during the interview, "he said.

Just for the record, and before moving to the second most difficult question, I hasten to point out the kind of questions do not ask at this stage of the interview:

Questions about the company (which must have done your "homework" in this area before the interview!)

Questions about the benefits (which have not even been offered the job yet!)

In other words, keep your questions in a firm and very focused on the solid, in-depth questions on the position. Ask questions that allow both you and the interviewer to define success!

Rare is it that a candidate who was not a question that goes something like this during the job interview:

"What is your salary expectation?"

Most job applicants realize instinctively that this issue is certainly not a ball "soft" or "wrap up" type of question! In fact, many candidates really fear having to answer this question. Why? Because they know by instinct again, that if they answer are very low and the successful candidate, it will be "leaving money on the table." If they respond too high, again, if the candidate is successful, they feel (often correctly) that will soon be eliminated from further consideration.

So what is a good answer to this "murderer" question? Actually, "and this will come as a surprise to the candidates Many job! "The best way to answer this question is not directly answer! Here is an example of how, and is the approach that the coach always our candidates to use:

"I am very interested in this opportunity, Mr. / Ms. Hiring Manager. And if I am your candidate of choice and, in turn, you are my company of choice, then the wage will be more than fair. "

Think for a moment about the inherent "beauty" this response! You are not "avoid" answering the question, or "dancing around him," You are simply making a definitive statement the relative importance of wages vis--vis the position, career opportunity in general. Will there be a response like this deter each director of human resources to proceed with the question? Of course not, but it will deter most of them far to go on, convinced that salary, though apparently a important consideration for you, it is certainly not the most important consideration for you.

Before I sign off, I would like to give a big thank you to the folks over at Bistro Ambrosia. They're a very excellent bistro site in NEW MEXICO. The idea for this post came about due to a discussion I had with Hendry over there. Anyway, I hope you enjoyed this content. Until the next time.

http://russellaquatics.com - Many thanks for the late-night work Aryana.
http://dean2016.com - Great site.